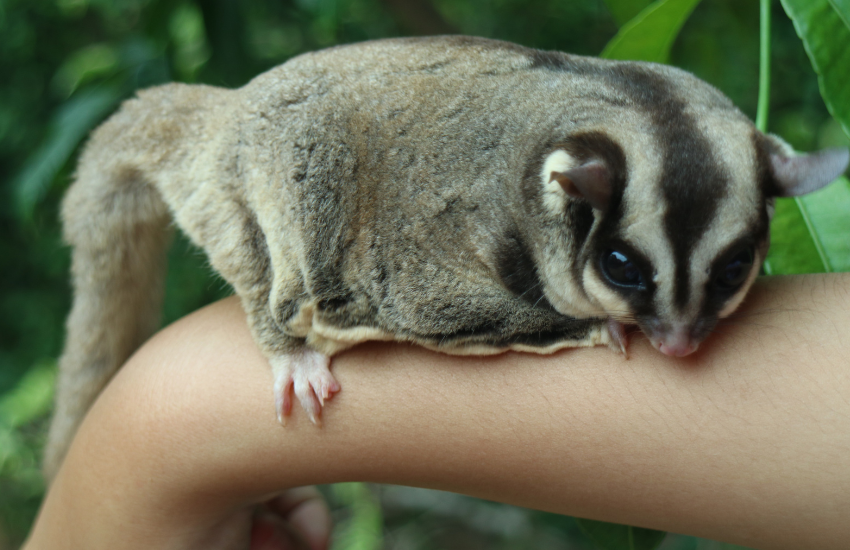 More and more people take in sugar gliders as pets because of their adorable size and friendly nature. However, being exotic animals, there are many questions surrounding these tiny marsupials. One such question is do sugar gliders show affection — and if so, how?

If this is something that you have been wondering about, you’ve come to the perfect place! This article will dive deep into the topic of affection with gliders.

Gliders are naturally social. Out in the wild, they live in groups called colonies.

Due to that, sugar gliders have grown to show affection to those they consider colony members. Often, they see their owners as part of their colony, and such will shower them with affection in ways they know how.

Sugar gliders can be affectionate pets, but note that they do not always show that affection — at least not in ways you expect. You mustn’t keep them in solitude.

Gliders are social animals. They need companionship and social interaction to thrive. Keeping them alone will make it impossible for them to be happy.

How Does A Sugar Glider Show Affection?

Now, how do sugar gliders show affection? They show affection in various ways. They are not outright affectionate like dogs or cats. Instead, they have their own love language.

Cats are not the only ones who purr! Gliders do too! Though, instead of purring to express their happiness, a sugar glider purrs to shower humans’ affection.

Purring is a glider’s way of communicating to their human companion that they love them.

Like dogs who crave attention, sugar gliders will also try everything for you to notice them! These marsupials will try to catch your attention by producing sounds. They might also come to you whenever you open their cage.

Gliders are territorial animals. They will mark their territory using their scent.

Scent marking is also how they show their affection. If you bond with a sugar glider, they will scent mark you to claim for themselves.

They typically rub their heads on you since they have scent glands there. They may also try marking you with urine when you carry and hold them.

Wild sugar gliders claim their group and family the same way to identify them. When they do this to their humans, it is a declaration that they are claiming them to be part of their family.

Gliders are big groomers. They groom themselves extensively to keep their bodies clean. It is no wonder that they use grooming to show affection.

They will typically lick you or slightly scrap their teeth on you. Don’t mistake the teeth scraping for aggression or biting! When a glider grooms you, they tend to be gentler than if they were to bite you.

What If A Sugar Glider is Reluctant To Show Affection?

There are instances in which gliders are reluctant to show affection. Don’t panic if yours does. The truth is, sugar gliders are exotic pets, and they have not been pets for long to be fully domesticated.

That said, it is natural if your glider is reluctant to be affectionate towards you. Unlike dogs, it is not in their DNA or nature.

Just be patient — socialize and spend time with your glider. Eventually, your sugar glider will open up to you and be more loving and cuddly.

Sugar gliders are social beings that live in colonies. As pets, how do sugar gliders show affection? They do so in several ways.

It could be physical, such as scent-marking, soft love bites, and licking, but it could also be auditory through popping and chirping noises. Regardless of how, you must form a strong bond with your glider. Reciprocate their affection with your own by spending time with them.